I only played two new games this year, and I am using the term new to mean that the game was released in the last 12 months.  I played D&D 5th edition, although I did run a session during the playtest phase.  I also started a play-by-forum game of Silent Legions, an OSR horror game, although that game fizzled out. 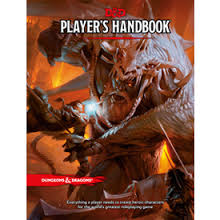 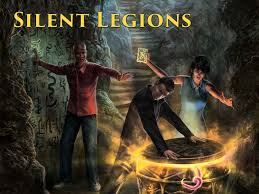 I also really like Silent Legions.  Kevin Crawford, the designer, consistently puts out good products.  Silent Legions follows that model, and he released the art for it into public domain.  At first glance Silent Legions looks like an OSR D&D clone with a skill and sanity system grafted onto it.  However, the meat of the book describes how to create your own elder god mythos.  This is a complete game plus a toolkit that you can use to create unique weird pantheons for other games.  Silent Legions also tells how to run a sandbox investigative horror campaign.

I really like both of these new games.  I am going to say that Silent Legions is my favorite out of the two, mainly because of the toolkit nature of the book.  I can use Silent Legions to create weird gods and alien beings for a 5th ed D&D game, a Traveller game, or just a plain old modern horror game using the Silent Legion rules.  The core rules are simple and fun.
Posted by Ned at 9:04 AM