G is for Gorgon - #atozchallenge

Today's post is about the Gorgon.  Specifically I am talking about Medusa, the gorgon from the 1981 film Clash of the Titans.  I love a good monster.  When I was little I remember watching Clash of the Titans on our VCR.  The scene with the gorgon was one of the coolest scenes I had ever watched.  Ray Harryhausen was a master of special effects, and his monsters had a realness and creepiness to them that today's CGI cannot mimic. 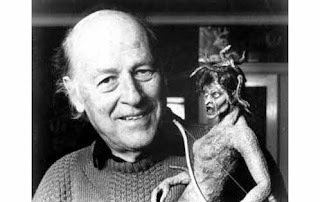 The battle between Perseus and the gorgon fueled many of the D&D adventures that I had in my head as a young child.  If you have never seen the movie, go watch it now.  If you have, then here is the scene for you to enjoy.