Welcome to the first installment of Rolling Wednesday, my weekly dice-themed post.  This first post will showcase these Panzer Kids dice that were given to me by Peter Schweighofer, author of the Panzer Kids wargame rules. 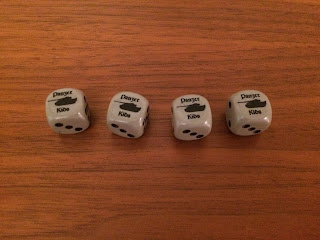 These six-sided dice have a silhouette of a tank on the one side and say "Panzer Kids". 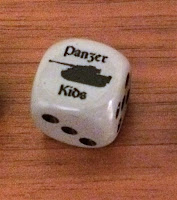 I  recently used them during our playtest of Star Trek Adventures.  Peter sent me these for free, along with a scenario for Panzaer Kids.  The Panzer Kids wargame rules come in basic and deluxe versions. Peter also created Operation Drumbeat, a solo u-boat game that I have been meaning to try.  Let's take another look at the dice. 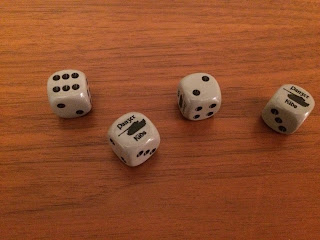 Thanks again, Peter!  These dice are guaranteed to get some wargame action soon.