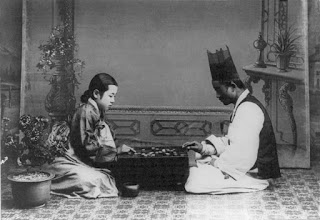 I love boardgames and I have a big stack of unplayed games.  My goal for 2017 is to play 5 games that I have not played before.

I always buy boardgames that are solo games or have solo variants with grand plans of playing them. However, entropy often wins and I never pull them out.  My goal for 2017 is to log 10 solo plays of boardgames.  The number of different boardgames doesn't matter as long as I log 10 solo plays by the end of the year.

In addition to that, my goal is to log 5 solo plays for rpgs.  This can be done using Tunnels & Trolls, Mythic, or those solo adventures that rulebooks used to include to teach you the rules of the game.

Play Pathfinder and Other RPGS!

Our group is good about trying new games.  I know that we will play new systems this year.  One thing I would like to do is try Pathfinder again, although this time I would like to start the campaign from first level (my other campaign used converted Hackmaster characters and had some balance issues).  My goal for 2017 is to have a Pathfinder campaign ready as a backup game.  Whenever we can play and nobody has anything ready I will pull out Pathfinder.

Just like games, I have a habit of buying tons of comics and then letting them sit neglected in the closet.  I do like comics, and I need to enjoy what I have.  My goal for 2017 is to read an average of 10 comics a month.  I also need to follow some good advice I read and if I am not reading it I probably shouldn't be buying it.

I would like to spruce up the appearance of the blog and make it more visually appealing.  This is not my strength so I will have to do some research and/or look for some help.  Also, I need to use the advice my mom gave me, "Things should be used for the purpose they were designed for."  Games are meant to be played, books are meant to be read, and miniatures are meant to be painted.

I look forward to 2017 as a year filled with opportunity.  May you meet all of your goals this year!