#RPGaDay 2016: Day 3 Character Moment you are Proudest of

I was playing a thief in a Hackmaster campaign.  My character had the boating skill, which I justified by saying he grew up in a fishing village.  Our party had to spend the night in a city.  The government of the city had this crazy rule where once you entered the city you were issued papers, and you could not leave the city without your papers.  It was very clear to us that our GM was going to do everything in his power to relieve us of our papers.

The party was due to leave via boat the following morning.  My plan was to go aboard the ship and get hired by the captain.  I would stay on the ship until we left and then I wouldn't be in a position to have my papers stolen.  The GM said the captain didn't want to hire me because I didn't have the proper training.  I lifted up my character sheet triumphantly and said, "I have the boating skill!" 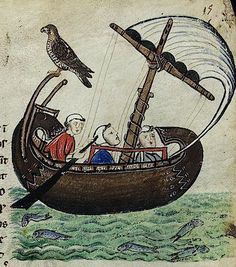 I earned a few gold working on the ship and the GM said I earned no xp for the venture because I was a thief and had actually worked for a day's wage.  It was a victory in my book.
Posted by Ned at 6:30 AM