I love to read and I love witches, so I wil be signing up for the 2017 Witches & Witchcraft Reading Challenge hosted over at Melissa's Eclectic Bookshelf.  I signed up for one of the previous challenges and read two very enjoyable books.  This year I am going for the initiate level.

I'm not sure what I will read yet but it will definitely have some awesome witchcraft action!  If you want to sign up click on the link above, the button on the right, or this link right here!  In honor or witches and witchcraft everywhere, here is my warlock character sheet from our current D&D 5th ed campaign. 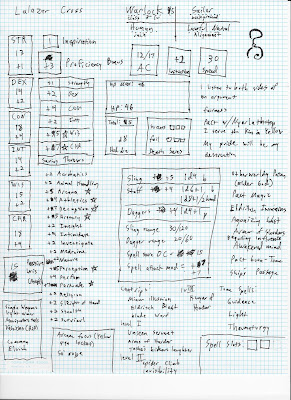 One of the reasons for me starting this blog was to help me keep track of my gaming hobby.  Thus it is time to reflect on the year 2016 and what it meant to me in terms of gaming.

Looking at my recorded plays over on rpggeek.com shows that I played eight rpg systems this year. Those systems were:

Looking at this list I realize that I did quite a bit more gaming this year than I thought.  Also, I was a player just about as many times as I was a GM.

The new Delta Green is awesome.  I can't wait for the final book be printed and to arrive in the mail.  Playing Pathfinder was fun and brought back memories.  I really like the aesthetic of Pathfinder and am itching to start a new campaign from level 1.  Robotech was the first time that I ran a Palladium game for a group.  I ran an adventure in my favorite setting, Invid occupied Earth.  Deluxe Tunnels & Trolls is a great game that is simple and fun.  The new edition has made some great changes to help players out and yet everything is compatible with older editions.  I enjoyed introducing Call of Cthulhu to some new players via the introductary scenario The Haunting.  I keep hearing good things about 7th edition but I will probably be a stubborn grodnard and continue to run 6th.

The game that I played the most was D&D 5th ed.  A buddy has been DMing the Hoard of the Dragon Queen and I have been playing a warlock who has made a pact with Nyarlathotep.  D&D 5th ed. is a great system and a lot of fun to play.  The Mutant Future game took place at Brigadecon and was loads of fun.  The basic rules are free so if you want to play an old-school Gamma World clone I suggest that you check it out.

Star Trek Adventures uses the 2d20 engine that runs Modiphius' house games, such as the new Mutant Chronicles rpg and the soon to be released Conan rpg.  The 2d20 system is a paradigm shift for me and I don't fully understand how all the pieces work together.  I found the playtest rules for the John Carter rpg easier to understand than these.  However, I feel that Modiphius took pains to match the rules to the theme of a Star Trek adventure, in that overcoming problems is just as if not more important than combat. 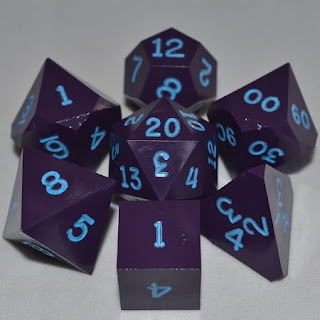 Board and Card Games

According to my logged plays on Boardgamegeek.com, these are the following board and card games that I played in 2016:

I will just give some highlights from these plays.  If you are a comics nerd then you own it to yourself to try out Heroclix.  One of the biggest issues that I have with the game is that the old design of the dials where sometimes difficult to turn.  The new version of Heroclix has redesign the dials so that they are much easier to manipulate.  This is the game where you can have the Hulk fight Superman!  Plus, when you are tired of playing the game the minis are perfect for superhero rpgs.

I have a stack of unplayed games that I plan to attack in 2017!

In 2016 I started playing play-by-mail games again.  The main one that I am playing now is Duel2 run by Reality, Inc.  My team of gladiators have graduated from the training arena and are now fighting in Aruak City.  I appreciate that Duel2 still runs turns via postal mail as many play-by-mail games have moved to email.  I have also signed up for a slow game of Hyborian War but I am still waiting for that game to start.  Play-by-mail is fun and it helps me to get my gaming fix in while life is chugging along.

Besides playing I am also a collector of games.  I especially like to look for quirky, old, and out-of-print games whenever I am in stores.  This year I found a copy of the Everquest Players Handbook at the local used book store.  It is based on the D&D 3.5 OGL and probably has some interesting ideas that can be mined for other games.  I also picked up a copy of the Force and Destiny core rules and a copy of The Black Crusade for $5 from the Fantasy Flight Games winter sale.  The Black Crusade looks like a good game for those groups that just want to mess stuff up. 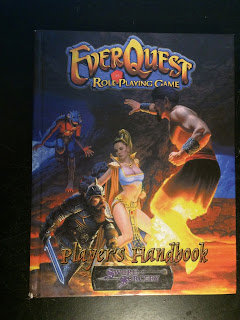 That is it for gaming this year.  I will probably do another post covering cool books and comics that I have read this year.  If you have read this far, go ahead and leave a comment.  What was the coolest, most interesting, worst, or most noteworthy game that you played this year?

Things I am Grateful for as a Gamer

2016 is a year that has been described as a huge dumpster fire, and I agree with that assessment. Regardless of the turmoil going on throughout the world, 2016 has been full of personal challenges and tragedies.  In terms of gaming, 2016 has been a hard year.  Our group started out strong but once work started time for gaming became scarce.  I have been so busy that I started to feel despondent about gaming.

I am especially grateful that this hobby is being passed on to a younger, creative generation.  I was recently talking to a former student who is a member of the game club at our school.  This student was telling me about the Dragon Ball Z and Naruto campaigns that they were designing using the D&D5e rules.  How awesome was this?  Here was the new generation of gamers doing what rpgs were designed to do, creating custom content and stories. 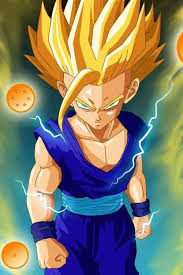 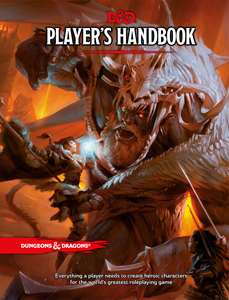 
I am grateful to watch kids participate in the tabletop rprg hobby and make it their own.  Creativity is one of the most important forces in the universe, and I am glad that our hobby fosters it.  Gamers, keep creating cool stuff!
Posted by Ned at 6:00 AM

Email ThisBlogThis!Share to TwitterShare to FacebookShare to Pinterest
Labels: D&D

Something Cool for the Russians

I was checking out the stats on my blog and I am getting a lot of hits from Russia again.  Russian hackers are in the spotlight right now, but hopefully these hits are a bunch of Russian rpg geeks reading my stuff.  In case they are, I present this video for the Russian Deadlands Kickstarter for their enjoyment.

Email ThisBlogThis!Share to TwitterShare to FacebookShare to Pinterest
Labels: Deadlands

Epithets in Your RPG Game

I recently read The Silmarillion by J.R.R. Tolkien and I was inspired by his use of epithets.  This led me to create a chart of epithets for use in any fantasy rpg.  When creating characters, roll a d20 and add the epithet to their name.

Epithet Chart - roll a d20 and add the epithet to the character name (ex. Black Leaf the Kinslayer)

Here are some ideas for using this chart in your game.  You can have the players use it to add flavor to their characters.  Award the players stat bonuses, magic items, or cool weapons for creating interesting backstories to go with their epithets.  Allow the players to create a way that they can use their epithet to influence the story (with limits).  You are creative gamers, I am sure that you will figure out a cool way to use this chart.