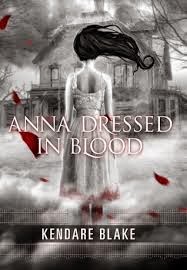 Disclaimer - I was provided with a complimentary copy of the PDF of this game by designers.  This review is based on a reading of the rules.


Bulletproof Blues is a superhero rpg that I would describe as “not rules heavy.”  The product is available as a 268 page PDF and as a print-on-demand softcover from drivethrurpg.com.  The game's designers wanted to emulate modern comics (2000’s), however the rules are utilitarian enough to cover any comics genre.  The tone of the game serves Bronze Age stories and up the best, but again these rules could cover most any comics period.


The rules are laid out in single columns with easy to read text.  Blue boxes containing rules highlights and designer notes are sprinkled throughout the book.  The art is evocative of the comic book world that the game wants you to play in.  The illustrations in the book are superhero scenes that are reminiscent of Golden Age comics, and if I am not mistaken are taken from old comics now in the public domain.  The cover and illustrations of the stated-out heroes and villains are by artist Sean Izaakse have a modern comic look to them.  I would buy a comic drawn by Sean Izaakse!

Bulletproof Blues is divided into sections.  The introduction gives a brief introduction of the game’s setting.  The designers have created a world based on the Kalos Comics universe.  There are no Kalos Comics, this is just the setting the designers have used to ground their game.  The Kalos universe is a Marvel/DC mash up of common comic book tropes.  The authors also describe their design philosophy behind the game in this section.  An introduction to the mechanics of the system is included, along with a glossary of game terms.  My favorite part from the introduction is the authors’ emphasis on fun first and using the rules as a last resort.

The next section describes character creation.  Superheroes have attributes and powers that are bought using a point-buy system.  There is also an emphasis on creating the identify of your character, their motivations, and fleshing them out as a three dimensional person.

Powers come up in the next sections.  Powers are presented individually, rather than being built using effects.  For example, a character can have flying.  Powers can have modifiers to them, such as having an increased range.  Most of the standard superhero powers seem to be here such as super strength, teleportation, etc.

The next section covers equipment.  Weapons, vehicles, and gadgets are covered.  There are no prices or encumbrance rules, which I really like.  Characters are expected to have equipment that matches their powers/hero template.  Of course Buck Rogers has a raygun!

The next section is called Actions, and covers the rules of the game.   My favorite rule is “Don’t use the rules unless you need to.”  The game seems to borrow from 3.x d20 systems, but uses two six-sided dice for resolution.  Characters roll 2d6 and add any modifiers and try to hit a target number. Modifiers are +1,+3, or +6. If you are familiar with standard rpg d20 combat then this system should be easy to understand.

Next, we get the GM Section.  This section has a description if the Kalos Comics universe, the setting that was designed specifically for the game.  The Kalos setting feels like a Marvel/DC/Image modern comics setting.  GMs can do three things with it.  One, run it as is.  It contains all of the tropes for a modern supers setting.  Two, tweak it to fit their favorite modern setting.  As it does contain various comic tropes, such as a Space Station used by a supers team for a base, it can easily be converted to another setting.  Three, use their own setting.

I like the fact that the game has a setting built in.  As a GM I appreciate anything that saves me time and the Kalos setting is ripe for either using or tweaking right out of the book.  The GM section also has advice on storytelling, including a technique called Kishotenketsu.  Kishotenketsu is used in Asian narratives and allows characters motivations and backstories to weave into the game.  I will have to reread this section a few times to understand it, but it is a novel approach and I find its inclusion refreshing.

Next we get the Characters chapter.  There is list of 20 pre-generated characters covering your standard comic archetypes, such as the magic wielding hero, the martial artist, the hero with weather-control, etc.

The book finishes off with a list of Kickstarter backers, credits, CC and OGL licences, and an index.  Yes, the rules are under a Creative Commons license and the Open Game License.   You can check out the system reference document here..


Things I Liked about this Game


The writers of this game are fans of comics and their nerdom bleeds onto the page.  They use examples from real world comics in the text, such as using Red Tornado and the Human Torch as examples of the Elemental archetype.  The Kalos Universe has Leifeld radiation, which shrinks your hands and feet and swells your chest and thighs!  Reading this game felt like reading a superhero comic book rpg rather than an rpg designed for playing superheroes.

Also, the “Use the rules only when necessary” attitude was welcome.  The game has adequate rules for covering most situations, included drowning, vacuum, etc.  But the designers repeatedly tell you to just play the game rather than spend time looking up rules.  Some may find this hand-waving to be too free-form, but I agree with this philosophy of game play and was glad that it was explicitly stated in the rules.  I also like that this game comes as a complete package.  The book gives you all the rules necessary to play, a built in setting, and pre-generated characters to get you started.  The only thing missing is an adventure.


Things that Could be Improved


Either this game is your cup of tea or it isn't.  The designers wrote the game because they were dissatisfied with the superhero rpgs on the market, and wanted to make one that fit their tastes. Bulletproof Blues is a rules-medium game that feels like a modern superhero comic, one where heroes wear colorful spandex but have personal issues and world-threatening nemeses.  If you want a toolkit for creating any power or more complex rules, a published licensed setting, or a hippy narrative story game, then this game isn’t it.  But if you want to emulate comic book stories, then this game can do it for you.


For $15 for the PDF or $30 for the print and PDF combo, you get a complete game full of comic book action.  I give it four out of five cosmic cubes.


Bulletproof Blues on rpgnow.com
Posted by Ned at 7:03 PM